The Syrian Medical Centre, also known as Dar al-Istshfaa, is a refuge for those wounded in Syria requiring long-term care and rehabilitation. The centre, which has been running for more than a year, was founded by the Paris-based Union of Syrian Medical Relief Organisations (UOSSM), a coalition of 14 independent medical and relief organisations.

Read more about it now. 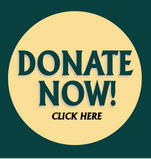